Arguably, the DW Druid's shapeshift the most controversial move in the main playbooks. I've seen lots of fixes for it; and i have my very own (which is casually the best!)

You can call upon the spirits to change your shape at will, into any species' whose essence you have studied or who lives in your land: you and your possessions meld into a perfect copy of the species’ form. You have any innate abilities and weaknesses of the form: claws, wings, gills, breathing water instead of air. You still use your normal stats but some moves may be harder to trigger—a housecat will find it hard to do battle with an ogre. The GM will also tell you one or more moves associated with your new form.

Whenever you're in this state, the moves "letting the beast act instead" and "losing yourself into the beast" are available to your GM.

Yes; this involves no dice rolls, nor even any specific mod. In certain occassions, a DEFY DANGER (+ WIS) can be called for to keeping a clear head amongst all the animal instincts. 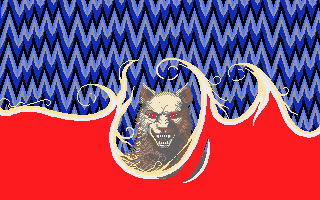 Posted by jack tremaine at 10:39 No comments:

On spellbooks and Pink Floyd

Let's say you have your typical homebrew game (d20, Pbta 2d6 + mods style, d100, etc). You make some stats covering the important facets you like and that. And then you need some spelllist for the wizard players; but you don't know what to pick. Well, then, why don't you ask your players to bring some good album to the game?

The rules are:
1 The wizard must choose an album. Then, every track on it is a spell. Whenever the character learns that spell, the GM describes it's effects, using the song title (if this cannot be possible, use the song theme or feeling).
2 The wizard earns a spell per level, following the strict album's order.
3 The wizard can only know 4 max spells (like in the pokemon games). When he/she tries to learn a fifth, another spell may be forgotten; or the new spell withers away and is crossed from the list (this is for preventing players from abusing the system by picking a Rancid or Bull of Heaven album)

I'll make an example there using a classic: Pink Floyd's Wish you were here. (Note: the descriptions are system agnostic. I can not help tending more into the narrative style)

1 - Shine on you, Crazy Diamond: Anyone touched by the wizard emits a subtle, white glow; while his/her feet subtly detach from the ground; as gravity no longer pulls him/her down. Swimming in the air is possible as there is friction. Requires ongoing concentration by the wizard.

2 - Welcome to the Machine: The arcane technomancer wizards can bind the soul of a recently dead person into an engineered golem. It can be made of any kind of material; but the whole construct must share a key trait with the hostage personality or previous body.

3 - Have a Cigar: This spell can lit anyone in flames as long as the wizard is shaking hands with him. This picture (album's cover) illustrates it nicely: 4 - Wish you were here: By drawing a circle and praying, the wizard may attempt to summon a soulmate; always granted that he/she/it is willing to help. Dead people may also come; as ghosts or spectres.

5 - Shine on you, crazy diamond (Part II): This spell can make anybody affected by the spell #1 to burst in flames spontaneously, by a snap of the wizard's fingers.
Posted by jack tremaine at 11:24 No comments:

Email ThisBlogThis!Share to TwitterShare to FacebookShare to Pinterest
Labels: spellbooks

birth of a wildling

Posted by jack tremaine at 10:30 No comments:

Email ThisBlogThis!Share to TwitterShare to FacebookShare to Pinterest
Labels: playlist

Roll For Shoes: A System

Resolution is handled by rolling some d6 and comparing the total against some other d6 rolled by other player or the GM. If the roll is higher, you win.

The number of d6 you roll depends on your skill rank

All players start with a skill named "Do anything:1" So they roll 1 dice everytime they do anything

Everytime they roll all sixes, they earn a skill which is a subset of the skill used, related to the action they just took. Lets say, if you were hitting someone with your sword, rolled 1 dice and got a 6, you get the skill: "sword:2". If you later slash an orc get two 6s, you can get "fighting orcs:3"; and this goes on. This way, yot sheet becomes a list of the things you've done, and how well you can do them.

Everytime you fail a roll, you get 1 XP. You can spend 1 XP at anytime to change the result of a dice for a 6 for leveling matters (but not for success)

Optional: Starting with a skill at level 2 named after your class (fighter, wizard, gunslinger).

The best part is that Dungeons (so, GM) also work in the same way: a dungeon starts with 1 dice named "Water Dungeon" or such, and once you fight monsters on it, with each all sixes GM roll, the dungeon gets a new skill. Maybe "spawning goblins:2" and then "spawning goblin champions:3".

this is not mine; i took it from a forum user named DWeird. The whole link is here for all who are interested:
http://story-games.com/forums/discussion/11348/microdungeons-i-roll-to-see-if-i-have-shoes-on

Posted by jack tremaine at 09:03 No comments: