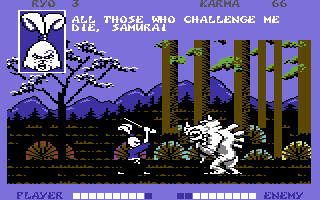 Something I just thought; as distilled from that old Usagi Yojimbo manual. The main difference is that this mechanics below do not need any kind of skill values or attributes, or maybe not (I don't remember that rules well; I love Usagi Yojimbo, but I played using the Sanguine/Ironclaw version)
I leave this here in case I want to use it anywhere:

On combat, both fighters play a common rock-scissors-paper game, while on the off-hand they mark their remaining HP by raising that amount of fingers (thats how we did it at my school!). Damage decreases it by one unless noted differently by the GM. 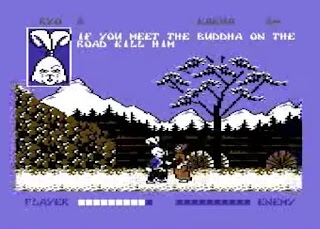 Posted by jack tremaine at 10:12 No comments:

Gunslinger Knights of the Daylands

Do any more people feel like scratching a deep itch by creating new rpg systems and tables like I feel? I can't help making them; whenever I get a good, or even bad idea while driving, having a shower or washing the dishes I must make something with it, even if it's just a small thing like this. It's like nicotine or something.

I borrowed some inspiration for this one from the Dark Tower by Stephen King, and Finn Mac Cool by Morgan Llywelyn (Providing that Finn Mac Cool and his companions wielded guns instead of swords and spears). Get all this stuff on an One Page PDF HERE: http://www.mediafire.com/view/xd5xqa1s5ximlxs/Gunslinger_Knights_of_the_Daylands.pdf 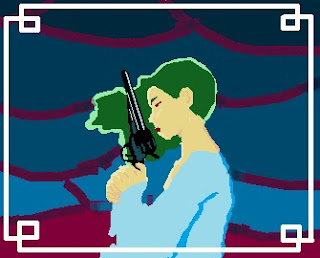 Roll below to find the party's starting motivation and/or one for your character.
1 a revenge concerning...
2 seeking/asking something from...
3 an oath to protect/help...
4 a quest to destroy...
5 a drive to seize/deliver...
6 making fortune through...

Roll 5d6 at the start, and assign a point to each matching stat. On a 6, pick your own:
1- Pump (melee and athletics). The main stat for young city thugs, brawlers and giant kin
2- Hunt (track, stealth and shoot). The main stat for Gunslinger Knights of the Daylands
3- Precede (scry kismet or people's hearts, danger sense). The main stat for traveling gypsies.
4- Tame (will and persuasion; you can also pay 1 hp to attempt to charm people or things magically) The main stat for wild fey and snakecharmers
5- Wander (resilience, wisdom and first aids; you can pay 1 hp to attempt to lay a blessing or curse) The main stat for drifters and witches from all the corners of the Kingdoms of the Day.
Your HP is 1d6+Wander+Pump. You can re-roll yout HP after having a good rest, but some wounds may need you to receive medical attention first.
Each adventure you finish, you roll a new d6 to improve a stat. 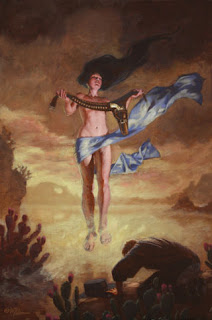 Roll 1d6 to get a weapon, and choose any other:

You always roll 1d6 + your attribute score; and must hit a target number:
1d6 for normal tasks, or common foes.
+ 1d6 for hard tasks or tough foes; keep this die hidden under a dice cup ,until the players have won/been defeated.
+ an additional hidden die (take the highest result) if you don't want your players to succeed on a task (and roll with it if they do).
Once the Target Number has been set, it's immutable; except for combat, where you must re-roll the revealed die each round.
Fluff the sturdiness of the door, or the deadliness of the dragon a¢cordingly to its numbers; if they fail a roll there may be bad consequences. 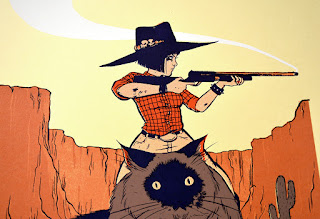 On a combat, the difference between the opposed rolls is dealt in damage to the lowest roller. On a tie, nothing happens. Unaware enemies' rolls are considered zero on melee combat. Enemies' HP is equal to the value of all it's hidden dice, or 1.
Shooting behind cover, in awkward circumstances such as rain or mist, or wearing proper armors substracts 1 from damage for each that applies.


Should a character die before their time, roll 1d6; on a six you've gained the attention of the Raven Guide; and she will give you another chance to live. You get a point in a random stat as a sign of her blessing.