When I prepare a game, I like having the PCs start as members of an established group, with common goals. From the point of view of a GM that likes to cut down preparation to the minimum, this has two great advantages:
The first one is that it is easier to fit them in the story narratively, and they're much more predisposed In Character, (and maybe even Out of Character) to the kind of story that is about to begin.
The second one is that you can focus on polish the parts of the game that you're most likely to use, or you think that will have more weight.

So I made an exercise; which consists in gathering all the group types I could think about. They have each some subdivisions and twists. Making a game about each one of them will make you focus on a different part of the design. Also you can use this list as a random table to decide what should you run next!

2. Knights: The group acts as the executive hand of a higher power: (the local laws - the righteous king - a corporation - a nature force - a guild - a belief. Twist: you're not universally considered the good guys)

Preparation: Give the boss an agenda, with one-two main objectives, and a handful of secondary ones. Maybe some code of honor they should follow, too. You don't have to reveal all it's motives in the start, they can be revealed later, maybe even clashing with the PCs best interests.

3. Resistance: You're folk heroes who stand against the tyranny of... (A king, a corporation, a nature force, a guild, a religion, invaders. Twist: The tyrant is actually loved by the majority of the population, for legit or wrong reasons)

Preparation: What kind of trouble have suffered the PCs by the hands of the enemy? What makes it so powerful? How has society changed because of it's impact? Why would somebody back the invading force?

Preparation: A good way to manage wealth, equipment durability and buying upgrades. Money is what they'll be after, so you need to give them a fair way to earn it and a good reason to get it mechanically (maybe making it the access to better gear or new skills)

Preparation: Write lots of lore about that subject, specially parts that can be used by the PCs somehow. Make up the rest of the world without contradicting that lore; or even subtly enforcing it. Just write lots of it, even if unconnected, let them find pieces as they progress. and make sure it's good. Maybe ask the players for help in this one, so they can secretly to each other, state a fact that is true about the subject and hand it down to you; then you can adapt them as you see fit. This is maybe the hardest type of the five, but I guess that it's the best for people who already likes worldbuilding in itself. 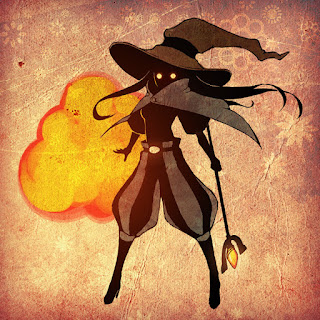 Posted by jack tremaine at 10:45 No comments: