After one year thinking about it, I think I've finally found some core principles I want to design around, in my quest for making th3 be5t RPG oF 4ll t1Me. I've more or less already set the guidelines on many of the older posts, and I'm always somehow thinking about it, in the back of my mind. I've decided to lay the foundations here in a simple list just to check them when I'm going astray.

#1 The game is basically its cowboy bebop but on a weird-tech-but-fantasy land. And, as the author explains on this awesome article: "Bebop's structure is simple: 1. there's a new bounty, 2. the gang goes after the bounty, 3. the gang doesn't get rich". The latter can be solved by making the party spend money on new gear or by making keeping that money safe a quest on itself. The loop is the loop. Then, while they are distracted by it, me as a GM will push the background of the characters and whatever worldbuilding I have through the very current mission, up to the point in which a story is presented to them in the shape of a bounty.

#2 Though this loop is very akin to D&D "kill monsters, retrieve treasure, get XP", the tone is different from sword and sorcery, and much more anime-esque. Most of the time, the fights are man vs man. There are four tiers of contenders: Common civilians < Soldiers and Mooks < Skilled fighters < Insanely good fighters, probably tengu.
Fighting a guy in your tier is always uncertain and you better get some advantage. A guy over your tier can probably one-punch you.
(A mook can never touch Mugen or Spike, unless they are in numbers AND EVEN THEN)

#3 VERY VERY IMPORTANT: Combat rules must be symetrical. This means that there are no special rules for PCs, and that they work mechanically identical to NPCs. I hate when games do shit like "In case of doubt, PCs always attack first" or "For ambushing, PCS roll stealth, and, for preventing an ambush, PCs again roll to prevent surprise". PCs rolling for everything is the main thing I found upsetting in World of Dungeons (my previous game crush). Also, it completely needs PVP combat to have special rules and PVP is always present in my games.
To complete this, the GM should have little power on bending rules towards any side: Combat rules must be fair and square, and the victory or defeat of the PCs or NPCs should never be saved by a GM's whim. (Even though for the sake of tone, we can say that vanquished enemies are debilitated instead of dead, just like pokemon, if it fits the scene) 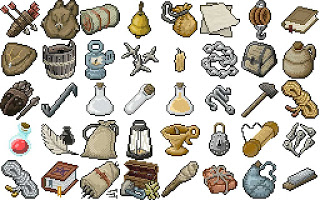 #4 Inventory is the god of this game. Your character sheet might give you one or two special things (are you very strong? do you know any kendo?) But what you have on yourself must be the real thing to worry here. What do you choose to carry and buy? What can you forage or steal around? Can you find the sellers of the specific items you want in this city? Is even legal in this town to deal with smoke bombs or poison? Making a normal civilian (or a non fighter) in this game means that you have to think ways around combat if you ever find one (refer to #2). You might not even be able to roll when fighting a samurai (how could you even touch him?) But you always should be able to speak with him (roleplay!) throw sand to his eyes (roll!) or offer him a carved wooden board to see if he can decipher a message that leads to a treasure. It might take a while for him to discern that both sides of it we're covered in glue, and that now he is virtually handcuffed.

#5 Playing a non combat character in a world filled with terrible fighters must be interesting enough for players to choose those classes. This might seem like an oxymoron, but they are a staple in the genre. Ed in Cowboy Bebop, Fuu in Samurai Champloo, Bulma in early Dragon Ball. Bubblegum Princess in AT; etc. I have something for scientists as a class. Some inventory objects might even require a specialized guy to work them to their full potential.

- Bountyhunters in a self-aware loop.
- Very definite power levels and status quo.
- Clever use of gear is a way to bypass it.
- Impartial rules that admit little bending.
- And also, as rules light as it gets!
Posted by jack tremaine at 07:35