WORLD OF PILGRIMS: World of Dungeons hack, unabridged and with comments by a guy

Here is something I've been working on lately: a hack of WoDu, changing some things that I felt that could be improved.

In my humble opinion, some special abilities seemed filling and had no base on the fiction whatsoever (Lucky), were useful only in very specific situations (Bless, Turn), we're just little interesting or overlapped slighty with skills or fiction first (scout, reflexes, etc).

I've replaced them with others that I thought to be more interesting and with a very high charge of character shaping. Also there are five new classes (Investigator, Princess, Journeyman, Faerie and Trollblooded) and one class less (because fuck clerics); some absurdly changed depurated combat rules, HP rules and some other things.

EDIT July 30th, 2015:
Added Constitution as an attribute; Sneaky, Hypnotism and Professor as special abilities replacing some crappy ones; and fixed the HP-resting system (so 7-10 HP will be the norm on average PCs and 30 HP is the max any PC will ever have unless unexpected conditions apply). Also rewrote Giant, Paws, Berserker, Endurance and Deadly Verdict (I know it feels like a fighter thing, but in my mind is something very appropiate for a royal blooded)
Last but not least, characters start with a single Skill now, and can learn two more.

Roll 4d6 at the start: you get a +1 to each attribute below that matches a result. If a roll increased an attribute beyond +3 (which is the max value allowed), pick your own:


Choose a class for your character: each one will give you a default skill. You can change it if you want, or make your own class by picking a starting skill and any two special abilities.


Warriors get ATHLETICS; and two special abilities:
Brawler: +2 damage on melee attacks.
Weapon Mastery: Choose a kind of weapon and an attribute. When fighting with said weapon you can always use that attribute in the rolls (explain why!)
Berserker: You can unleash a frenzied fury that gives you +2 armor; but you risk losing control of yourself on failed rolls during the trance, and act foolish, temerary or plain mad. Once the trance is over, you feel weakened, and lose 1d6 HP.
Sneaky: Whenever you're aware and free of restraints you get +1 armor.

Engineer: You can make, understand and repair machinery, firearms and complex devices.
Alchemist: You can diagnose illnesses, and prepare mysterious potions and items. You start with two known formulae.
Bard: You can attempt to impress people in a singular way: choose one (playing songs, speaking philosophical aforisms, reciting ancient poetry, etc)
Sympathist: While you use your force of belief to link two similar things together, all you do to one of them will happen to the other to a degree. The amount of effect is proportional to the quality of the link (similar materials, shapes, or a part taken from the target make good links). The losses of energy affect the caster's health.

Domain: You have natural power over one (a kingdom, ice, a forest, the underworld), and can attempt to command it.
Butler: You have a loyal servant with skills related to your domain
Eerie Charm: When you show yourself to somebody, you can attempt to say how does he/she feels.
Deadly Verdict: When you roll 10-11 in combat, you can choose to do double damage by exposing yourself to a complication or cost of GMs choosing.

Trollskin: +1 natural armor
Giant: You're bigger than normal people (how much is up to your GM). When you roll for HP, add 6 to the total.
Trollnose: Your nose is so sharp that you can attempt to smell feelings and thoughts
Paws: When unarmed, you do +2 damage, and you're considered to have a weapon in your off-hand (before attacking, you can choose add +1 to damage or +1 to armor).


Tinker: You know how to pick locks, pick pockets and conceal things on your person.
Trickster: Once per day, you can retroactivelly claim you've done things offscreen -like setting a trap or stealing a thing-. It must make sense, and you must still roll to see how well you did it.
Acrobat: Your movements seem to defy gravity; you can attempt impossible jumping and balance feats.
Contacts: On a succesful CHA roll, you know someone around who can help you in any affair.

Geas: You have two moral or physical taboos (speaking lies, breaking oaths, entering houses uninvited, sunlight, touching cold iron, walking outside water for more than a day). The details on what happens if you break them is up to your GM. In exchange, you get any two special abilities.
Glamour: You can attempt to cast illusions over yourself or your propierties.
True namer: You can attempt to bargain with animals, trees and things.
Supernatural forge: You can spend time to craft uncanny things. Depending on their effects they may have proportional requirements.

Investigators get DECIPHER;
Professor: Choose two narrow fields of study (trolls, poisons, crime history, ancient gods, noble birthlines). When investigating or manipulating things related to them you always achieve something useful.
Hunch: Once a day, when you're looking for any kind of information, state what you'd like to know and choose anybody to ask or anything to examine. When you do it, it will give you just the clue you were looking for even on a miss (there may still be costs or complications).
Damn fine cup of coffee: When you take a time to your ritual relax, you can attempt to put the pieces together to get a straight fact that had been hidden from your sight.
Hypnotism: By using a focus you can attempt to mesmerize people to make them search for lost memories or give them subtle orders.

Soothsayer: You can use your preferred method (tarot, fire, praying to your deity, the dregs of tea...) to ask any question about the future, present or past.
Spellweaver: You start with two known incantations; each one with a rough effect and with a specific ritual, requirements or drawback (Bargain with your GM to set the right tone for them!).
Summoner: You can conjure spirits to act in your behalf. You start with two known spirits: each one has a Name, an Appearance and two domains (fire, secrets, evil, illusions, love, medicine, hypnotism...). Tipically this domains manifest a little into each other. Spirits have their own personality and agenda, and dealing with one is always dangerous.
Shapeshift: You can assume a second form at will; which may be animal, elemental or other (or human, if you are not one). You gain all the natural abilities of this shape, but when transformed you risk acting by pure instinct or letting yourself into the beast. You can learn other forms through the game.

Endurance: You can always roll to resist poisons or illnesses, and whenever you rest it always counts as confortable rest to you, no matter the harsh conditions.
Sharpshooter: +2 damage on ranged attacks.
Hunter: You get the Stealth and Awareness skills while in your chosen domain (forests, underwater, darkness, snow).
Animal companion: Choose any you'd like. You can speak and understand each other in your own way.


More rituals, alchemical formulas, spirits, second forms, etc; can be found through the game. If you can't decide which ones to pick at the start, you can instead “reveal” them as the story unfolds, once you've seen the tone of the campaign. Once you do it, though, they're written down and set in stone.
In combat, magic attacks do 1d6 damage, magic armors are +1 and healing spells restore 1d6 damage. Make it 2d6, +2 and 2d6 respectivelly if the spell is specially appropiate for the situation.

Roll 1d6 + a number of d6 equal to your CON + STR to determine your Hit Points.

Whenever you have a proper rest you can re-roll your HP. If you rest in a confortable and safe place you can automatically set your lowest dice to a 6. What Should the new Hit Points be lower than the previous, it might mean that the character has catched a cold, or eaten something in bad conditions.

If you suffer a major wound or illness, you may need to pass a CON check or receive medical assistance before being able to to recover any HP.

When you attempt something risky, roll 2d6 + the appropiate attribute.

On a 12 or more; you achieve a critical hit: you gain an extra advantage, you deal double damage or succeed beyond expectation.
On a 10 or more, you succeed with little to no effort (in combat: your attack deals damage and/or has effect in the fiction)
On a 7-9 you succeed, but there is a complication or a cost for your action. The GM will ask "what do you do?"
On a 6 or less, something turns out badly and you suffer consequences.

If you have an applicable skill, you can never truly fail: treat every roll of 6 or less just as if it was a 7-9, but with a harder cost or complication. The available skills are: Athletics, Awareness, Deception, Stealth, Lore, Heal, Survival, Leadership and Decipher

All characters start with (1d6 x 10) silvercoins in items; using the prices from old Jackie's shop of adventuring gear:

Unarmed fighting does 1d6-2 damage.
When buying arrows and guns you get 1d6 arrows/shots.
When attacking with a shield or a weapon in the off-hand, you can specify if you use it offensively (+1 damage) or, should the weapon able to parry, defensively (+1 armor)
When attacking a helpless or unaware target, you double your damage or straight neutralize it.
When many enemies damage a single one, the highest of their damages is rolled as many times as there are attackers. Keep the highest value.

You start at level 1. Everytime you finish a mission, you get a new level. Cross out a boon below:


Please be aware that its a work in progress, and I'd love to hear opinions about it. In the future I'd like to make some illustrations for each class, and maybe add a monster book too. 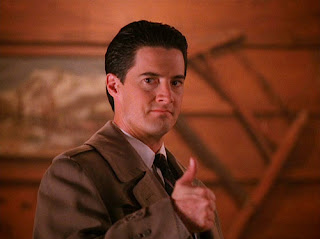