A polished variation of the previous entry. I'll try to post a mission generator table on the following days, so you get the tone of the game. Is roughly inspired on Dr.Slump, early Dragon Ball and Ranma; the idea is that PCs are a gang of troublemakers who must solve cases on a small village, most of them involving heists and fights. 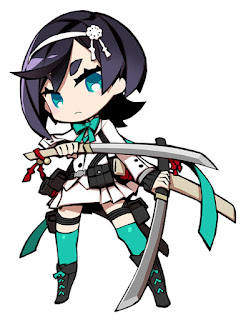 Choose your class, it will give you some expertise fields and some gear.
At the end of every adventure, you recover all used or lost items and can choose a new one without class restriction.
You also get a traveling bag: at anytime you can roll to search for common objects on it (like matches, pen and paper or some money). Any other gear you'll have to find it elsewhere. 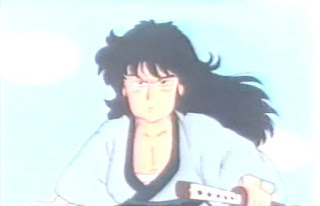 1. Samurai: (using polearms and swords; enduring for a noble cause, motivating others, gaining people's trust when being sincere). You get a katana (close, can deflect projectiles) and...
...a spear (reach, can be thrown)
...a wakizashi (hand, easier to conceal)
...a heavy armor (+2AP) 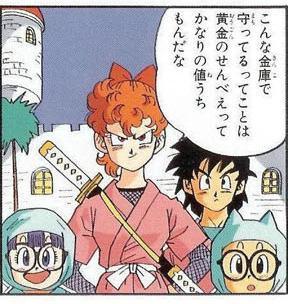 2. Ninja: (acting stealthy, impossible acrobacies and climbing, deception, reflexes) You get assorted kunais and shurikens (short range) and...
...a replacement wooden log (+1AP, you become automatically hidden nearby after use)
...a grappling hook (reach, useful to climb and entangle)
...a handful of smoke bombs.

3. Hunter: (outdoors knowledge and survival tricks, reading tracks and situations, aiming projectiles, finding a weak spot)
You get a longbow (long range) and...
...a curse: you become an animal (choose one) whenever you touch water. It takes hot water to revert you to your original form. You also get a free umbrella (close).
...an old scar (you're always prepared when fighting whatever did this to you, your call)
...the diaries of your father. They have information about pretty much anything. 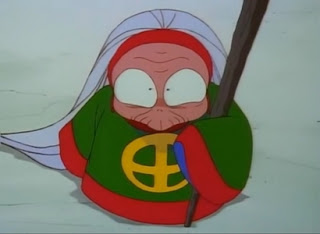 4. Cleric: (Healing others, charming others, magical lore, talking with spirits, searching for an appropiate potion in your bag).
You get a fancy walking cane (reach, makes you look wise) and...
...a deck of tarot cards (ask questions about anything)
...a spell to summon a spirit or a relic (your call, it's impredictability is proportional to its power)
...a mystical ward (put a small protective enchantment on an area, person or place) 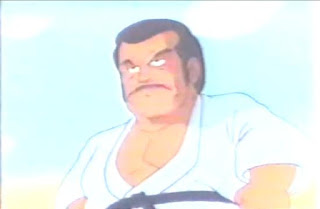 5. Monk: (brawling when unarmored, enduring harm, feats of willpower, speaking wise proverbs)
Due to the hobo lifestyle, you have no gear, but you get techniques instead. You start with danger sense (you're prepared for surprise attacks and ambushes) and...
...the afterimage technique (make shadow copies of yourself to confuse an opponent)
...a rock-breaking strike (destroy anything, takes 2AP to negate)
...concentrate to summon a flaming ki aura (+1AP, awesome transformation) 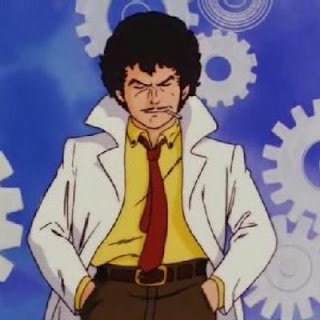 6. Tinker: (fixing, tweaking and building artifacts, finding clues, scientific lore, searching your bag for a small tool or gadget)
You get a a mysterious device (state what it does at anytime, it might not be as reliable as you think)
… a small ice gun (short range, can hit enemies and freeze water surfaces)
… a helmet with fancy googles (+1AP, state at anytime how they improve normal vision)
… a pair of walkie talkies, can be tweaked to catch up frequencies.

You can attempt something risky if you can claim some dice. You get:
+1d6 if it's something that anyone could do
+1d6 if it falls under your class expertise
+1d6 if you have advantage or take time to prepare.
-1d6 if you're hindered in any way

Highest result decides the outcome:
1,2 or 3 is a failure (in combat, the opponent hits you, or gets into fighting range and attacks you).
4 is a success, but there is a complication, limitation or cost.
5 and 6 are a plain success (you hit the opponent, you parry the opponent's attack or do whatever you set to do). For each success after the first, you get an advantage or deal an extra blow to the opponent.

PD: The core mechanic is basically the same than the one I used in Fire Elixir (see older entries!) 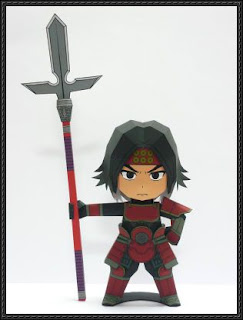 There are five weapon ranges: Long range>Short range>reach>close>hand.
Normally the attacker with the most range gets to attack first, before the opponent gets into fighting range. Reverse this rule when in narrow corridors or similars, where small weapons are much handier. When using weapons of the same tier, attacks are simultaneous.


If you're hit, you can roll to stand your ground. On a failure, you're out of action somehow. You can burn 1AP (armor point) to turn a failed endurance roll into a success. Hitting an NPC takes 1AP directly from them; if they haven't any, they're defeated (let the fiction and, ultimately, the GM decide if they're dead, fainted or just vanquished!)
Posted by jack tremaine at 18:30

Email ThisBlogThis!Share to TwitterShare to FacebookShare to Pinterest
Labels: japan